FortCON 2017 will be Northeast Indiana’s largest bring your own computer (BYOC) LAN party and convention with over 296 seats available for 24/7 access, non stop gaming!

We will be rolling out more information as we get it, so check here and the Facebook Event for more updates!

* General Admission passes are for those who aren't participating in the BYOC and are interested in the console tournaments, VR demo, vendor booths, console village and other activities.

This year we will be doing something new with our charity for the event! We are now working with Gamers Outreach to bring one of there GO-karts to the event. Attendees and guests can donate cash toward the chairty for tickets to a raffle. Each GO Kart is equipped with a gaming monitor, gaming console, and games. The carts provide a safe, flexible, and efficient way to ensure children have access to entertainment and coping mechanisms during long-term hospitalization. Today, Project GO Kart serves thousands of children per year in hospitals around the country. We will be having a representative from Gamers Outreach speak at the event as well.

This link will take you to their website if you would like to learn more about what we are bringing to our event! www.gamersoutreach.org 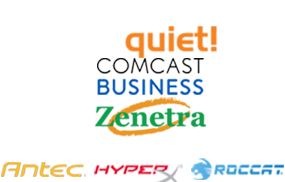 The seating chart has been locked. Seat reservations can no longer be created, updated, or transferred.


Shirt Will include 2017 FortCON Logo a sponsors . Please Include Shirt Size when ordering


These are tickets for non-BYOC attendees. They allow access to FortCON to check out vendor booths, activities, virtual reality, console village, tabletop gaming, and more to be announced.


These are tickets for non-BYOC attendees. They allow access to FortCON to check out vendor booths, activities, virtual reality, console village, tabletop gaming, and more to be announced.